The YMCA Auxiliary Community Hall (Section 53 Block 3 Yarralumla) is located on the corner of Loftus St and Mueller St.  The land is zoned Community Facilities The building itself was  originally the Electrical Trades Hall in Kingston, was relocated to Yarralumla and the YMCA lease on the site started 14th October 1960.

The lease may be terminated if the land is not used for the purpose of the lease for a period of one year. The lease also requires the YMCA to maintain the building in a good state of repair and clean and tidy.

The YMCA Auxiliary used the hall for garage sales to raise funds.  The last garage sale was in March 2013.  The building has not been used since and has now fallen into a state of disrepair with broken windows, graffiti and broken asbestos panels

On 29 July 2018 YRA wrote to Gordon Ramsay MLA complaining about the state of the building and noting that if YMCA was not going to use the hall then it should be returned to the community for the community to use.

YRA met with Access Canberra at the end of Nov 2018 and was advised that YMCA was developing a schedule to repair the building and was eager to explore opportunities for community use.

YRA again met with Access Canberra in March 2019 and was advised that Access Canberra would continue to monitor the case and work with the lessee to ensure the hall is adequately maintained and complies with lease.

Given the lack of progress, on 27 March 2019 YRA lodged an FOI request to get details of Access Canberra action in response to YRA’s letter to Gordon Ramsay.

On 2 June 2019 YRA lodged a Controlled Activity Complaint to try to get some action.

The broken windows of the Hall were repaired.

In May 2020 the YMCA advised YRA that as part of a strategic review they were reviewing the future of all of their assets including the use of the Auxiliary Hall.

As at June 2020 there had been further vandalism resulting in widows being broken again.

South side of the hall 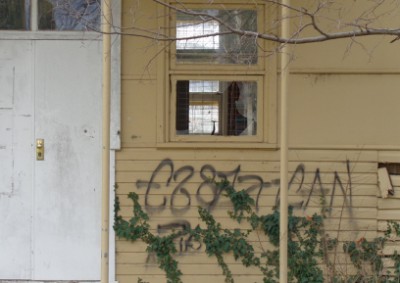 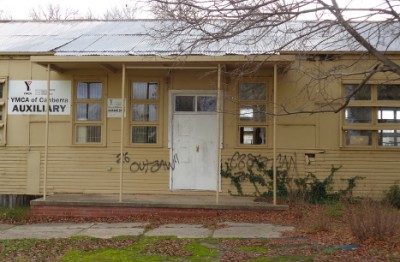 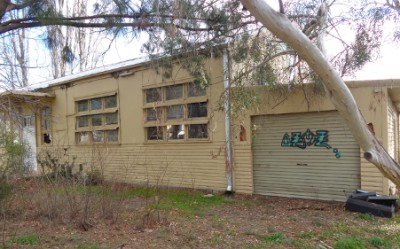 North side of the hall 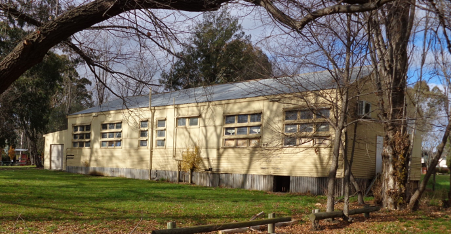 West side of the hall 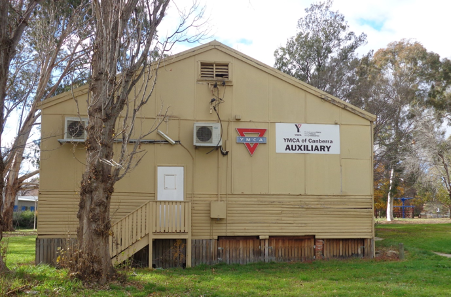