The CSIRO Yarralumla campus is at the corner of Bentham Street and Banks Street.  The site commonly known as the “Forestry School”, comprises some 12.85 ha and is campus is bounded to the north by Banks Street, to the south by Bentham Street and the Canberra Brickworks, and to the west and north by the Royal Canberra Golf Club.  CSIRO sold the site to the  proprietary company, Gunyah in 2002 but the beneficial owner is a Sydney based charity. The CSIRO remained at the site on a 20 year lease, which expires in June 2022.  The CSIRO tenancy is managed by Portnordica Ltd.  Although there is an option for a further extension, there is an expectation that CSIRO will vacate. The site is listed on the Commonwealth Heritage list as it has a number of buildings of the 1927 Australian Forestry School which are of significant heritage.  The site also has large tracts of undeveloped land.  In 2019 Oakstand, a company that specialises in large scale developments was engaged by Gunyar to explore the potential range of options for the site. The Commonwealth Heritage listing will lapse when the site is no longer used for Commonwealth purposes, that is at the end of the CSIRO lease

It will be important for the Yarralumla community to be engaged on the future of the site, and its heritage protection.  Given its size of the site the scale of residential redevelopment could be much larger scale than the Canberra Brickworks site which is 9.6 ha. The Yarralumla Residents Association has established a sub-committee to monitor any proposed development on the site and met with Oakstand at the end of 2019 to initiate discussions.  COVID-19 has prevented any subsequent meetings but the sub-committee will continue to monitor any development. 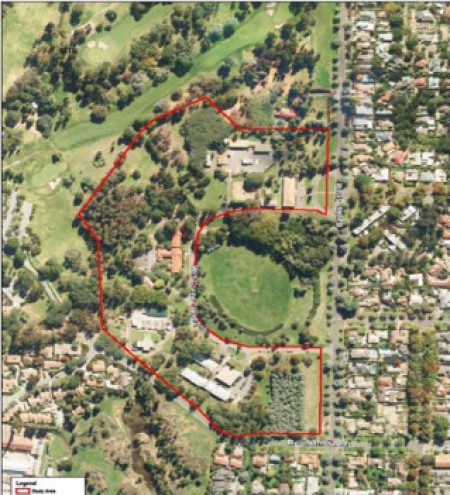 The CSIRO Yarralumla campus comprises the buildings of the former Australian Forestry School clustered around an oval, plant nursery and arboretum.  This national forestry school was proposed at the first Interstate Forestry Conference in 1911 and accepted at a Premiers’ Conference in 1920.  Federal Cabinet approved the school in 1925, and agreed with Charles Lane Poole, Conservator of Forests in Western Australia 1916-1921, that it should be established in Canberra to take advantage of Weston’s pioneering research on tree species.

The former Forestry School is significant for its architectural design, its contribution to the townscape and its place in the early social history of Canberra. The oval, which was opened in 1953, was originally part of the Forestry School, but no longer forms part of the complex and is now ACT Government land and responsibility. The CSIRO campus also no longer includes Westridge House which was originally the residence of the principal of the Australian Forestry School, as the property was sold in 2002.  The Australian Forestry School operated from this site from 1927 to 1965, when it was amalgamated with ANU forestry. CSIRO took up the site in 1975 and operated as CSIRO Forestry Research until 2008. The site has been occupied by the CSIRO’s Information Management and Technology (IM&T) Group since 2008. Other CSIRO groups and third party tenants (e.g. AARNET and Australian Marine Science and Technology) have occupied various buildings during this time. 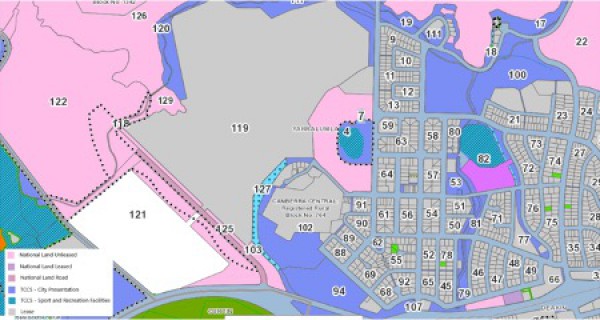 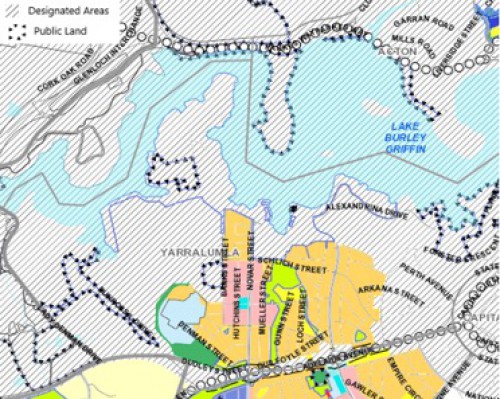 The Australian Forestry School building shortly after it was completed, mid 1927 (The Mildenhall Collection, NAA A3650)

CSIRO sold the Yarralumla campus area to Gunyar Pty Ltd in June 2002. While the property was sold with a twenty year lease to CSIRO (plus two option terms each of 10 years).  CSIRO retained control of the property through the lease which placed the responsibility for managing and maintaining the property with CSIRO.  Portnordica Ltd, a property investment company,  manages the CSIRO tenancy for Gunyah.  In April 2019, Oakstand Pty Ltd began working with Gunyah as the development manager to explore the potential range of options that the site has to offer, if the CSIRO choose to vacate the site in 2022.  The Oakstand website states that” The company has a proven track record of securing and delivering large scale projects on behalf of our private and institutional investors”.  The CSIRO has the option to extend the lease for a further 10 years in 2022 and is required to notify the Landlord of its intentions 6 months prior to the expiry of the lease.

The 2018 update of the site’s management plan included most heritage elements but did not update the 2008 conservation plan. There are concerns about the CSIRO’s current management of the site, especially in relation to the removal and non-replacement of over 700 trees.

The 2008 Conservation Plan for the site included a tree management plan based on the famous Canberra arborist Robert Boden. The assessment included a tree survey (completed sometime between 1998 and 2004) which recommended the removal and replacement of diseased and dying trees. In 2018, in its response to the YRA’s comments on the draft 2018 update, the CSIRO indicated the trees were not being replaced “due to the drought conditions at the time”. While a reasonable response during the Millennium drought, it is very surprising that there has not been an opportunity over the last decade to replant trees that had been removed.  The response also stated, “CSIRO will discuss updating the Tree Survey with the Site Owner’s representative”.  One year on, there is no information about these discussions – although recent actions raise concerns (see below). As part of the 2018 Management Plan, the CSIRO made undertakings in relation to the management of trees on the site (see policies 27 to 30 listed below), including a general one for one tree replacement policy if sick or dangerous trees were removed, and an undertaking that tree removal would be undertaken in consultation with the ACT Conservator for Flora and Fauna. Since at least 2004, a significant number of trees have been removed but not replaced.  CSIRO has indicated that there is no timeframe for replacing removed trees and that they would “review this and discuss with the Site Owner’s representative”.  Once again, there is no information on the outcomes of any of these reviews or discussions.

In May 2019, with no indication that there had been an updated Tree Survey, some 700 trees were removed from the CSIRO site (see photo below for one planting location) covering most of the radiata pine cutting trials undertaken in the 1980s. This appears to be in breach of the undertakings in the 2018 Management Plan. Meanwhile, dead pine trees have not been removed – one of which was blown over in late May 2019 cutting off power to Lane-Poole Place for over 12 hours. Letters have been written to the CSIRO and others seeking clarification about the action, lack of action, and possible remedial steps.

Policy 27 Maintenance activities should not involve changes to significant trees, fabric or relics.

Policy 28 Significant trees and plantings should be maintained and conserved, and should not be removed except where:

Policy 29 Trees shall only be removed if assessed by a professional as being moribund or demonstrated as posing a significant health and safety risk.

Policy 30 Any tree removal should be undertaken in accordance with the ACT Tree Protection Act 2005, including consultation with the ACT Conservator for Flora and Fauna.