Our streets and trees 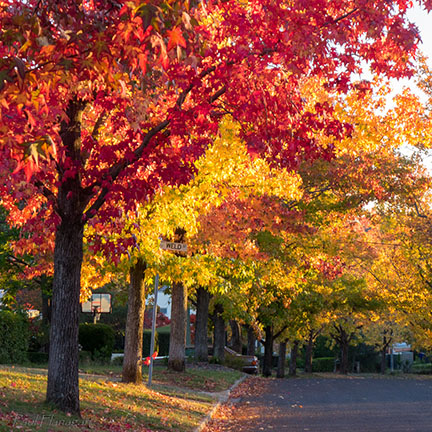 Yarralumla Streets and Trees  This file can be printed double-sided A3 and folded into a four-panel brochure.

The street trees listed are those planted up to the end of the planting season, March 2001, supplemented by trees referred to in a 2013 Canberra Times article which also included the average age of the trees and their estimated average remaining life. The Canberra Times article referred to the partial release of a 2009-12 audit of Canberra’s street by the Territory and Municipal Services Directorate. This information has not been confirmed.

The basic list was compiled by Canberra Urban Parks and Places in conjunction with the Forestry Department at the Australian National University.

* Indicates the species is being phased out in this street under a formal street tree replacement program by Canberra Urban Parks and Places.

# This tree is related to the Koelreuteria elegansssp. Formosana, which is on the Federal Government’s Alert List for Environmental Weeds, a list of 28 non-native plants that threaten biodiversity and cause other environmental damage.