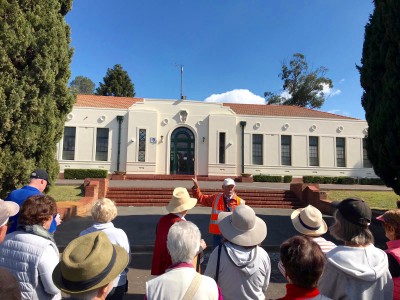 Please complete this survey so that YRA can provide planning authorities with feedback from residents on the proposed development. The survey will take approximately 5 minutes and will close on 23 June.
https://www.surveymonkey.com/r/CSIRO_site

YRA has lodged two submissions saying that the developer’s proposal should be subject to a full, open, transparent and public assessment before any approval is given and objecting to the removal of heritage buildings associated with the forestry research conducted on the site.

The owner of the CSIRO site on Banks St is proposing to develop the Heritage listed precinct to include all of the following:

The apartments will be up to 5 stories in height.
Together with the development of the Old Brickworks site, it is estimated that this will increase Yarralumla’s population by 2000 people (70%) and vehicle numbers by 54%. It is estimated that the proposed CSIRO site development alone will generate an additional 2000 traffic movements per day.
Dwellings and a hotel are not permitted under the current planning rules and the owner has applied to the National Capital Authority to change the National Capital Plan to allow such use.